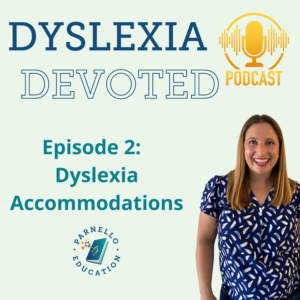 Where should you start when adding in accommodations? We talk all about various resources to help students with dyslexia and dysgraphia in their school work. First we include several resources for reading accommodations for both enjoyable reading and homework assignments.

Note: Some links below are affiliate links, which does not affect the price for you, and in some instances provides you a discount and I may earn a commission.

Resources Mentioned in this Episode:

Research on Listening vs. Reading